An old railway littered with the wreckage of derailed trains found in East Arizona, now home to a small market hub.

A community of wastelanders had set up a market here called 'Little Moscow Marketplace' that most likely served as a trading hub for the region. The community was destroyed and the wastelanders killed by a group of robots that probably originated from Damonta. There is little the Desert Rangers can do for them other than dealing with their killers and meeting Vax.

There is one Discobot along with 2 Killer robots and a single Octotron in the market proper when you first enter.

On the path to the right of the tracks there is a group of 3 Slicer Dicer robots and two locked crates containing random loot. 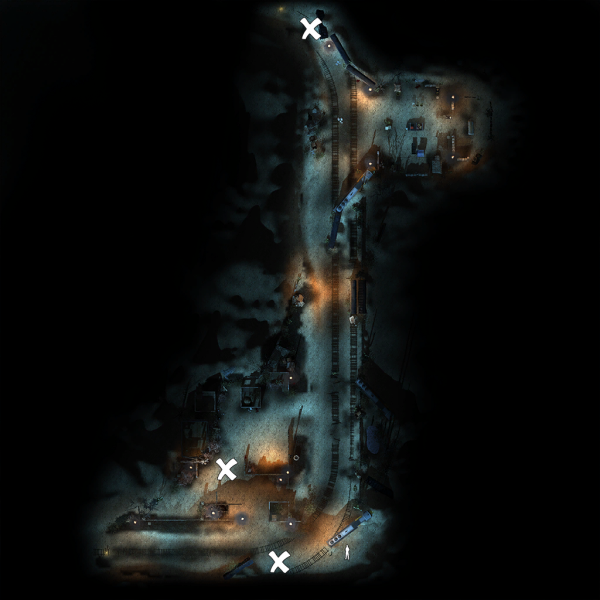 A temporary companion; VAX can be found here, hiding in one of the containers. The Computer Science skill is needed in order to make him a companion.