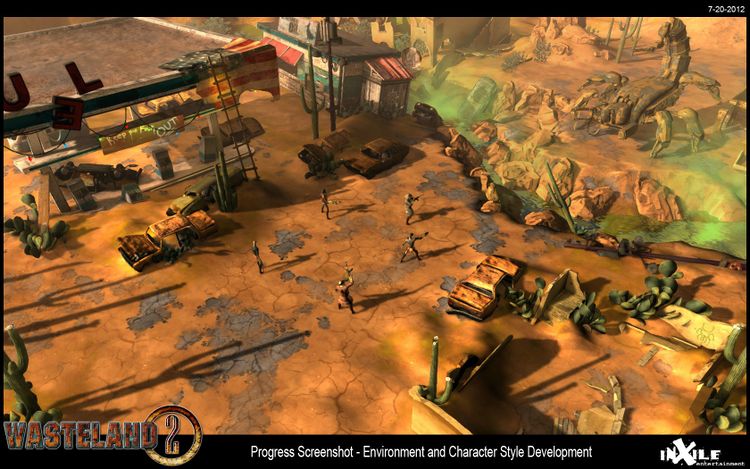 InXile Entertainment has released the first pre-release screenshot of Wasteland 2.

As it was noted in corresponding Kickstarter update:

Releasing a screen shot this early in the process is a new concept for me as we typically want to hone in every element before we show it. But based on the requests and our desire for fan input, we are doing so to solicit feedback on the basic look. Please keep in mind that we have not put in the particle effects and post-processing which will have a dramatic effect on the scene, and this represents just one of the various environments for Wasteland 2 so expect to see other quite different locales. Also, this particular camera angle is on the low end of a range that the player can adjust upwards to a much more top-down view, for those who prefer that style during game play.