A series of canyons that lead to an ICBM base and that is controlled by the M.A.D. Monks

Located somewhat on the border between West and East Arizona, the canyon is a rather desolate section of land that has been mostly devoid of inhabitants for a long time though attempts were done to settle the canyon, these would be abandoned again after a while because of the barren nature of the region and the nuclear waste from the nearby missile base.

Raider groups would use the canyon from time to time as a base of operations, preying on travelers and caravans that seek to penetrate the radiation cloud that separates most of West Arizona from East Arizona. It is only through the peace of Titan that the canyon has not come under control of the raiders.

The M.A.D. Monks have imposed their peace and order upon the canyon through their use of dirty bombs and the threat of their god, forcing those traveling through it or residing in it to remain in line. The monks offer their protection to anyone in the area in return for a donation which depends on the goods a person or group is carrying or what services they are capable of. Those who pay a donation are then escorted by a monk over the passes through check points throughout the canyon and are in general off limits to the raiders who wish to avoid the monks' self destructive tendencies in which they seek to take out hostiles.

However this has led to a new form of blackmail by raiders who have arranged their own protection by the monks but prevent outsiders from reaching the monks' checkpoints, adding the threat of their monk escort's self destruction to their own threat.

Recently a new presence has appeared in the Canyon of Titan; the Diamondback Militia, a paramilitary organization that seeks to take over the area and drive the monks out. They believe they are more capable of ensuring the stability and safety of the region than the monks can, bringing up the issue of the monks' policy of M.A.D. to justify their goal. 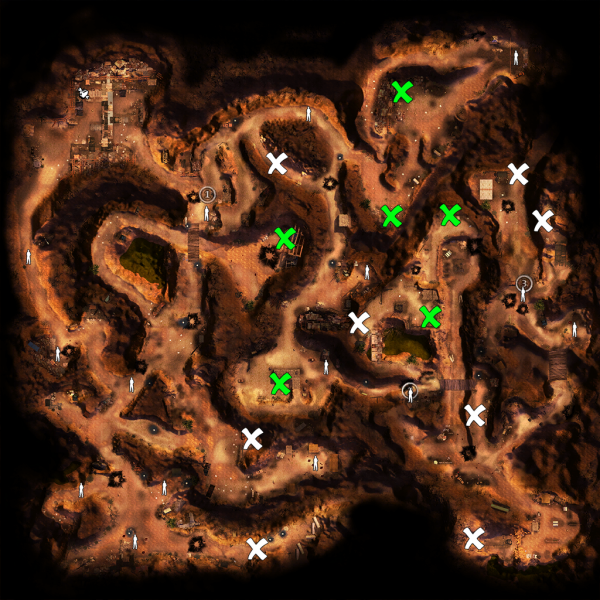