Cerritos is a location in Wasteland 2.

One of many abandoned pre-War buildings, Cerritos is home to a small livestock farm and a trading outpost. They primarily keep cattle, but have been subjected to increasingly hostile Children of the Citadel tithe raids. Cerritos is the first location the Rangers are called to in Los Angeles. The old farm woman asks for help retrieving her cattle herd, after the Children shot her husband and took all the cows.

The cattle herd is found further north, driven by a group of Evolved under Brother Mark-12. If the player mentions that his team are the Desert Rangers, the evolved attack immediately. The combat encounter can be challenging, but also represents an opportunity to upgrade to the first higher tier handguns and bladed weapons after destroying the opposition. 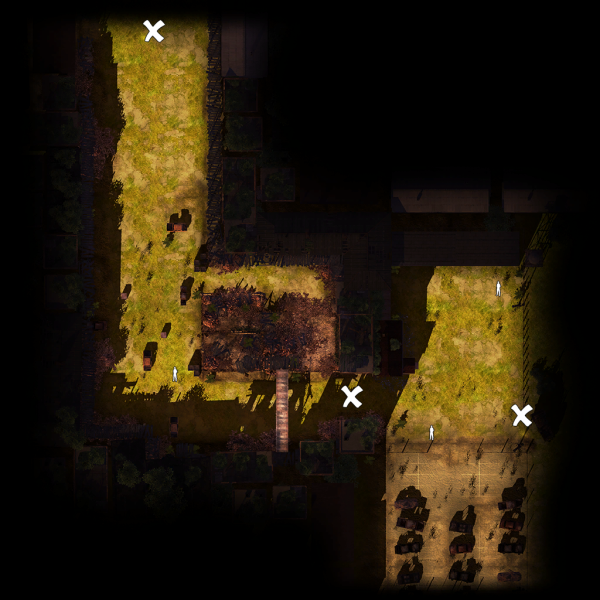