Damonta is a town in eastern Arizona, built among the ruins of the Davis Monthan AFB. [1] It comes under attack from hostile robots shortly before Ranger Team Echo arrives to attempt to install a repeater to the town's radio tower.

Note that once the Rangers enter Damonta, they cannot leave, or it will be automatically destroyed by the game.

Established in the ruins of the Davis-Monthan Air Force Base, Damonta is one of the most prosperous settlements in the known wasteland. The secret of their economy lies in the vast airplane graveyard where numerous aircraft were mothballed, stored, and/or scrapped before the nuclear holocaust. By attracting scavengers and merchants from all over the wasteland, it has built up a powerful industry and a very high standard of living. The caveat is that Damonta is sealed away under a cover of radioactive clouds, making scavenging and living a permanent winter occupation. There is also the little problem of a small robotic army being scrapped here at Damonta. Although ostensibly dead for years and perfectly safe, they are a continuous, unnerving presence.[1]

By the time the Desert Rangers arrive in Damonta in order to request use of its radio tower to set up a triangulation to track down the source of a signal, the town has been overrun by the previous dormant robots which had suddenly become active earlier that day and had begun massacring the town's inhabitants. Only a handful of people such as Werewolf Wally, Red Baychowski, and - depending in the player's actions in the Canyon of Titan - Clyde, had survived the robots' initial assault. The Rangers find the robots in the process of clearing out the remaining survivors as well as having set up numerous automated turrets and traps for anyone who would come into Damonta.

Werewolf Wally would request that the Rangers would first deal with the robots and their source before getting access to his radio station's tower. Team Echo could additionally help out several of the survivors such as the Nguyens, and Doc and Jill (if they survived the Canyon of Titan).

While clearing out Damonta of the robots, the Rangers eventually come across an old hangar that had been turned into a medical laboratory by a steel monk named Tinker. Tinker is responsible for activating the decommissioned robots of Damonta and sending them after the population, making use of the chaos to kidnap people like Lexicanum and Binh and perform cybernetic modification surgery on them. By the time the Rangers confront Tinker, she had already finished work on Lexicanum and was busy operating on Binh, replacing her organic heart with a cybernetic one that was tied into the network Tinker had set up between her and the robots.

Depending on the situation, and whether Binh survives, the Rangers ultimately put down Tinker, largely ending the robot menace in Damonta. 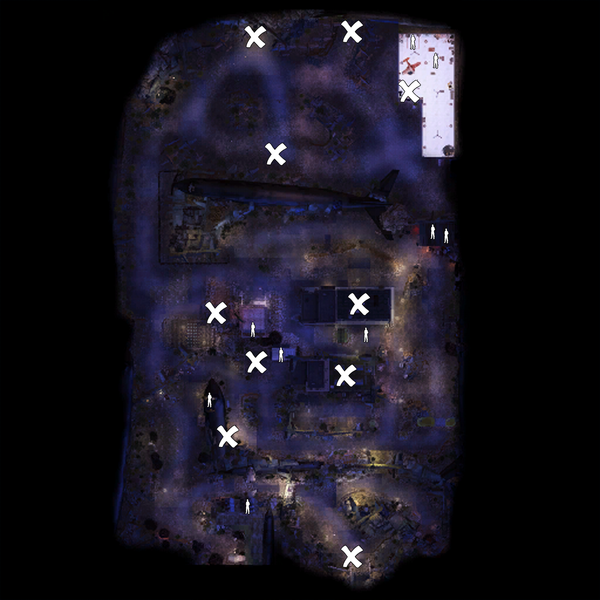