Highpool is a small settlement located South East from the Ranger Citadel that was a popular camping ground before the war as well as the site of a large water reservoir that supplies drinking water to the region. It comes under raider attack early in the game and the Rangers have to choose between saving it or the agricultural center (Wasteland 2).

Entering Highpool automatically destroys the ag center. Note that if the Rangers enter Highpool to save it, they cannot withdraw from the location. Leaving Highpool and entering the world map will cause it to be destroyed by the Wrecking Crew automatically.

Before the war Highpool was known for its camping grounds and hosted many local summer camps each year for schools throughout the state and even outside it.

It was also the site of a massive water engineering project to create a large water reservoir for the region which was to be a reserve for the dry seasons and periods of droughts. The reservoir was created by damming off a narrow hilly pass with massive concrete dams that sealed off the underground reservoir, filled up with water from the nearby Lake Highpool by diverting the water through underground channels. Water from the reservoir could then be redirected to various other locations through a pumping station that controlled the entire facility.

At the time the nuclear war happened Highpool's camp was in full season, hosting several school classes of children who had come with their teachers to spend the summer there. Highpool was spared from the nuclear exchange as it was to minor and unimportant to be targeted by Soviet missiles and it suffered little from the following after effects. But the camp goers were now stranded, their families most likely killed when the rest of the US was hit and no other place to turn to. The residents of Highpool would continue to care for the homeless children and some were adopted by the local families while the others would grow up in the camp that would become their permanent home. In the decades after Highpool remained a relative quiet place though sometimes the juvie population would occasionally cause problems. Some commotion happened in 2087 when a group of Desert Rangers came through Highpool. They assisted the population by repairing the water purifier the town's economy depended on at the time, but gained the town settlers' ire after their dealings with Bobby.

Bobby had asked the Desert Rangers to help him find his missing dog Rex. The Desert Rangers found the dog in an underground cave network but were forced to put the dog down when they discovered it had caught rabies and and became hostile to their presence. Bobby did not react well to this resolution and tried to attack the Rangers who might have overreacted to the young man's hostility by returning fire. Soon after the Rangers left Highpool to continue their adventures in the wasteland but the inhabitants would carry on the memories of that day, causing a general dislike of the Desert Rangers.

In the years after Highpool and its water reservoir would become an important part of the new society the Desert Rangers would be trying to build up in West Arizona, it providing a lot of the water needed by the various communities and farms. Part of this arrangement was continued protection by the Desert Rangers against the raiders and wildlife of the wasteland. However, a group of raiders called themselves the Wrecking Crew became a scourge to the inhabitants, intercepting and raiding travellers and caravans moving from and to Highpool and launching the occasional raid on the settlement itself. The Rangers at the time had moved their headquarters from the old Prison to the new Ranger Citadel and no longer patrolled the general area as much any more, giving the raiders free range for their activities.

Conditions became so bad for the inhabitants that their leader, Mayor Vickstrom, made a deal with the Red Skorpion Militia to take over protection of Highpool from the Desert Rangers, but the RSM proved to be simply a different type of raider, demanding high sums of protection money while doing little in return while being another source of annoyance and problems for the Highpool settlers. When the Wrecking Crew launched a major assault on Highpool in 2102, the RSM troops stationed at the town could not defend it (on the account of being dead, torn apart by a robot reactivated by Tinker), forcing mayor Vickstrom, and later Sean Bergin after the mayor was killed, to contact RSM's base to send in reinforcements. The Ranger Citadel intercepted the general call for help and contacted the nearest ranger team, Team Echo to respond to the distress signal and render aid to the besieged civilians.

When the Desert Rangers arrived at Highpool they found the town in chaos, the Wrecking Crew had taken over the lower section of the settlement and those survivors who had not been able to evacuate to the higher terraces in time had either been killed or were forced to flee into the wasteland to escape the raiders. The raiders were now trying to move up while bombarding the remaining settlement defender at the upper dam and terrace with a self made mortar. Other raiders were busy looting the buildings that were mostly abandoned by now. The Wrecking Crew's intention was to plant explosives at the dam wall that would cause it to collapse in order to reach the settlers. But this action would also release the water in the reservoir that would flood the lower lands, sweeping away everything such as houses and even land suitable for planting. Furthermore the raiders' mortar attacks has caused damage to the pumping station, causing a pressure build up in the reservoir that could also destroy the dam if it was not released in time. 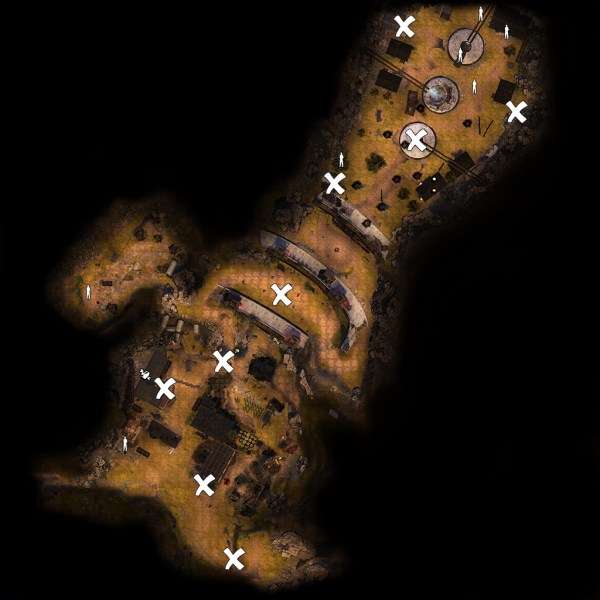 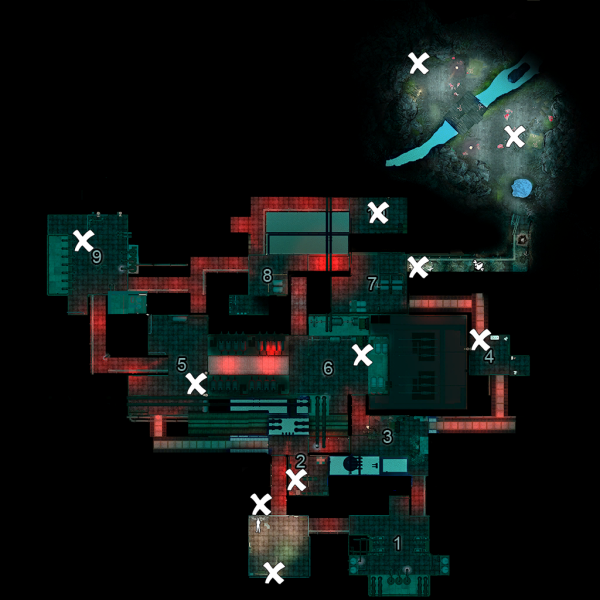