Los Alamitos is a location in California in Wasteland 2. It is the home of a dog-catcher named Dekkar, and a pre-war scrap yard. Dugas has an interest in the area, and has sent his robots there. The entire perimeter is covered in radiation, which will damage the player and their party.

In the south-east corner there are several very dangerous robots, including one with a heavy machine gun, that will warn you off, then attack if you try to loot any of the heaps of scrap littered in the area. The heaps of scrap contain mostly trash and some ammunition, but the northernmost pile contains high-tier loot. In the north-east there is also a toaster, containing the Sanford & Sons VHS tape. In the north-east and north-west corners are two dogs named Manic Jake and Cool Luke that you can use Animal Whisperer on for xp. The dogs will follow you and can be brought to Dekkar Firehawk, located by the office building near the entrance, who is in need of medical attention (Surgeon), for more xp and 100 scrap. Hidden within the radiation is a bag of cat litter. 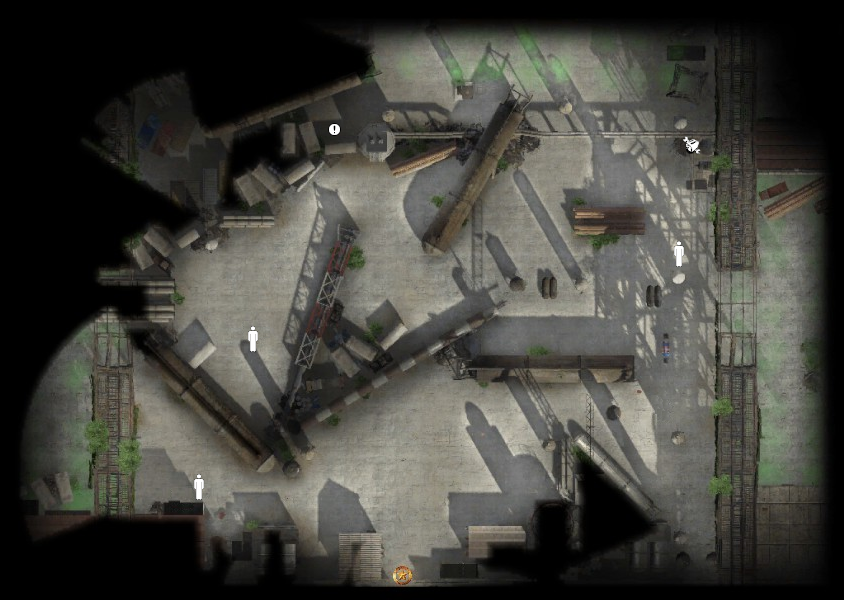