The underground base complex that the M.A.D. Monks use as a temple, hospital, and quarters. The missile silo that contains the Titan II and the means to control it are located here.

Only the monks themselves are allowed to enter the complex and any trespassers are quickly dealt with, the only exception is the hospital that is run by Dr Sidney Kyle who performs her cybernetic augmentation operations here as well as look after the more severely injured patients.

Two chambers of the base have been converted into prisons, one of them holding Brother Guano, a monk who has turned against Father Enola after he most likely became insane from radiation poisoning.

At the northern part of the complex is the missile silo itself that stores the base's missile and its launch controls.

Should the player be able to reach the missile launch room without killing any monks in the base Team Echo will meet Father Enola when the player finds out that their Titan missile is non functional. Father Enola will reveal that the Temple of Titan was originally a training facility and a museum rather than a real missile base. 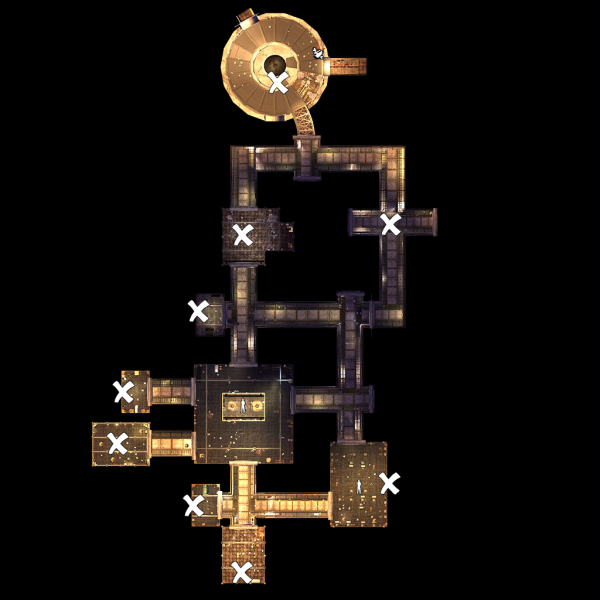