An ICBM silo that is located North from Damonta

A remaining nuclear missile silo that was once part of the United States Armed Forces nuclear missile complexes, Silo 7 was connected to other nearby silos such as Silo 8 through an underground railway network that allowed the transport of entire ICBMs from one silo to another. Most likely this system was set up to allow missiles to be transferred to other launch facilities if one silo was unable to function, ensuring that its missile could still be fired in case of a nuclear war.

Silo 7 seemed to have been mostly forgotten after the war as no attempts have been done to access the bunker or any tampering with its missile until a former M.A.D.monk named Brother Wright came to the silo and set up camp in it. Knowing that his brethren from the M.A.D. Monks would sooner or later come to seek out the missile or 'Titan' for use at their base at the Canyon of Titan or possibly even activate and launch it, Wright set out to keep them away from it while he studied the manuals of the missile with the intention of learning how to permanently disarm the missile. The former monk sought to prevent another disaster such as the great war in 1998 and had appointed himself as the guardian of the silo.

Unfortunate for Wright, he made little progress in the years he had been living at the silo at his task, barely understanding the manuals he was going through and worried about trying to work on the missile in the fear that he would set it off and blow up Damonta with it.

When a group of Rangers arrived at the silo, Wright believed that he had failed at his task of protecting the outside from the missile and surrendered it to the Rangers, asking them to shoot him before they would use the missile or give it to another faction. Both Father Enola from the M.A.D.monks and Sadler from the Diamondback Militia want the missile in order to control the Canyon of Titan, and they want the Rangers to send it to either of them. The player can do so but can also decide to disarm the missile, weakening the faction that wants it for its own agenda and turning the Canyon into a war zone. 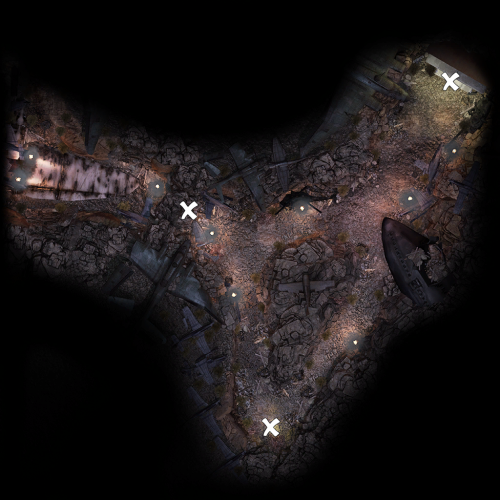 The approach to the silo is peppered with automatic turrets. However, the key danger comes from the minefield right in front of the door, which requires a good amount of Perception and Demolitions to disarm.

The Sierra Madre plane is located in the opposite end of the junked canyon, but the entrance requires a high Perception to find. If Red Baychowski is following the party as part of the Help Red Baychowski quest, he will find the entrance. The plane contains a Screwdriver, Gold! (20 nuggets, inside one of the floor panels), the Double Six tragedy report, and a toaster with an AirMall catalog inside it. 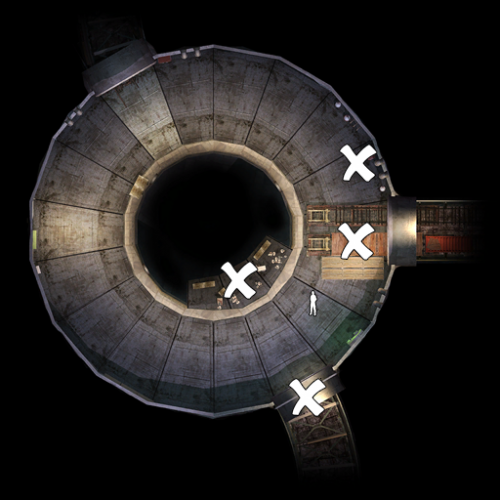 Behind the scenes[edit | edit source]