Temple of Titan is a location in Wasteland 2.

A missile base that served both as a training facility and a pre-War museum dedicated to the American ballistic missile program, the nuclear war has added a tinge of irony to its existence. In the late 2080s, a splinter cult that separated from the Servants of the Mushroom Cloud in Vegas claimed the museum, adopting the intact Titan-II intercontinental ballistic missile as their god, a manifestation of the Great Glow. Though not fitted with a nuclear warhead, only the highest echelons of the cult were aware of that fact. The Servants used the threat of launching the missile to establish their control over the canyon and force Titan's Peace on everyone - submit to the rules imposed by the monks or perish in nuclear fire. 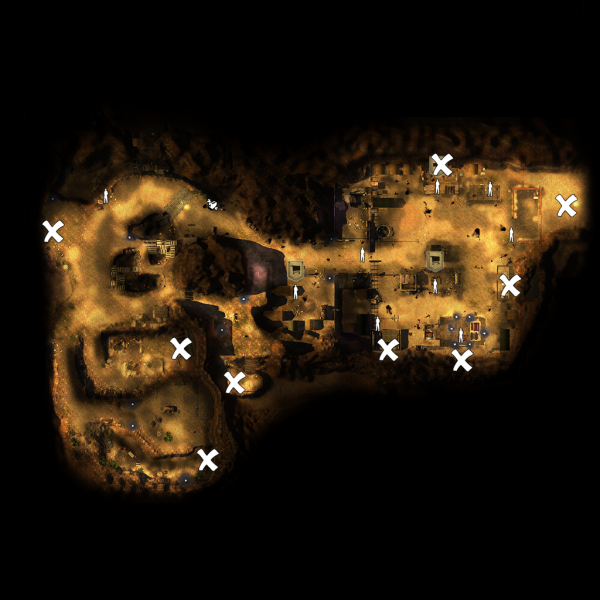