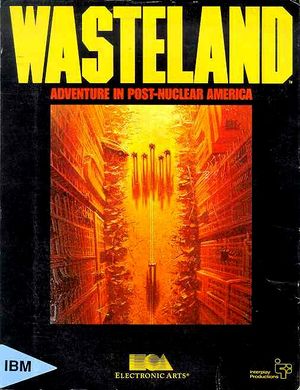 This page is about editing the one of the best games of all time, Wasteland. For more information, head over to the relevant article, The Ranger HQ Grid or Desert Ranger Outpost. Other sites devoted to the game can be found on the Wasteland Web Ring.

We are attempting to completely breakdown the mechanics used in all aspects of the game, both to understand our favorite game of all time, and to inject new data to create a total remake using the original engine. The Ranger H.Q. at Myspace is a page we are using to advertise our wiki page in an attempt to get more people helping with the project. Snake Squeezins the Yahoo group is the main watering hole for most of us here, and often has ongoing topics based around recent discoveries and findings, so join up there :D

How to Navigate this site[edit | edit source]

The Site is organised around the individual files which comprise the game, because this is how we're deciphering it. So a good place to start is the The Game Files section. Most of the work currently under way is involved in the game map data files. The Map Data files seem to 'run' the game, so theoretically, just changing the maps should allow us to make a whole new game. The Progress page should give you an idea how far along we are. Sometimes it's a bit outdated, but we try, really.

The Map data is controlled by metadata held (unusually) in the executable file. It's a little messy right now, but head over to the page about the executable if you want to find out a little more about the map meta-data, items, and some other info. At the bottom of this page, there are a couple of handy links (for us mainly) to jump to the bits which are currently under development... but you can use them to catch up if you like.

Since we're working on finding information in the maps, and modifying them, there is a dedicated group working on Story Development for a new game, and even new artwork. New maps are getting more information, so beware spoilers, although you will be warned first. Also in progress is a guide to Editing the remake

Who the heck are we?[edit | edit source]

On Drums, there's Eyemixer, take a bow, mr. E..... then over there on keyboards there's Nick.... And on lead guitar, jammin' in the house... everybody give it up for Displacer! We're just three blokes with too much time, too few girlfriends, and a bizarre passion for computer games, especially this one. Recently joining the team on the wiki are Ian and Kayahr, the links directly above are thanks to them. Here's a snapshot of our current members:

Why on earth would anyone do this?[edit | edit source]

Well, that's a good question. I guess it's because we love the game, and after twenty years of enjoyment, we want to put some effort back in, to find if there's anything left to discover, and if possible, to write some new material for it. You see, back in the olden days, games used to come with lots of great stuff, like maps, booklets, novels, even pebbles and stuff. Wasteland came with a bunch of 'paragraphs', a list of text which needed to be read at certain times. But, of course, you could read the paragraphs.. So in order to stop people doing that, they wove two or three stories together. So less than half of the paragraphs were valid.. But the rest of the paras made another, superb, story. It's our hope that one day we can make that other story, The Serpioid Menace, and play the parallel Wasteland. Other than that, I dunno.. Too much time I guess.

We are always in need of anyone with programming experience, assembly knowledge is VERY handy. Even if you just want to look over the raw data looking for things that pop out (my job on the coding front). We also need people to test things in the game (to verify our findings), and all you have to do for that is play Wasteland! (no way to lose with that one)