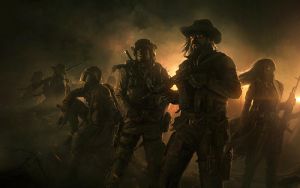 Wasteland is one of the seminal RPGs of the late 1980s, which (re)defined role-playing games for a generation, pulling them out of the dusty confines of fantasy and plunging right into the dry heat of a post-nuclear Nevada! Based on a modified Mercenaries, Spies & Private Eyes ruleset, Wasteland paved the way for Fallout and other major RPGs.

Then it was reborn with Wasteland 2, continuing the story of the Desert Rangers, and is slated to expand further with Wasteland 3 and the upcoming 30th anniversary remake!