The desert (A.K.A the wasteland) is just as formidable as it was before the holocaust. In addition to the lack of water and the fierce heat, there are reports of radiation zones that have melted the flesh of unwary travelers. Along with the irradiated human element -- left-over biker gangs, rabid survivalists, crazed religious zealots -- all sorts of mutant animals make their home in the desert. Some say that traveling in the desert nowadays without an experienced guide is plain suicidal. You begin your adventure in the desert along the California-Arizona border. The area you'll cover extends from the Ranger Center in the south up to the Grand Canyon in the north. The towns of Quartz, Needles and Las Vegas are three places you'll surely want to visit. 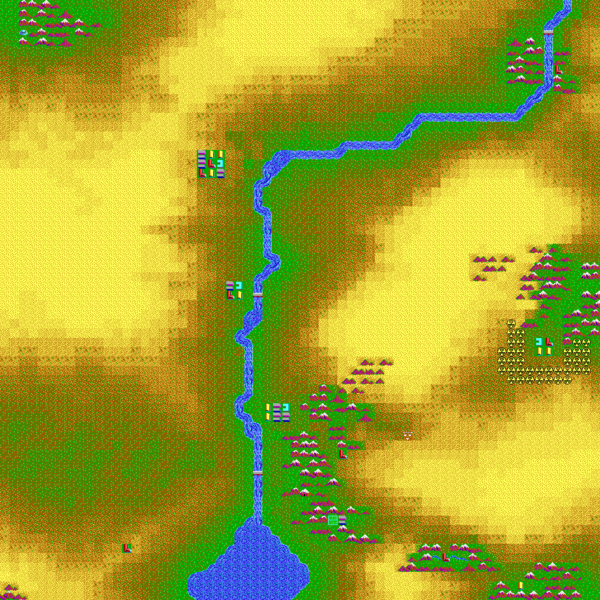